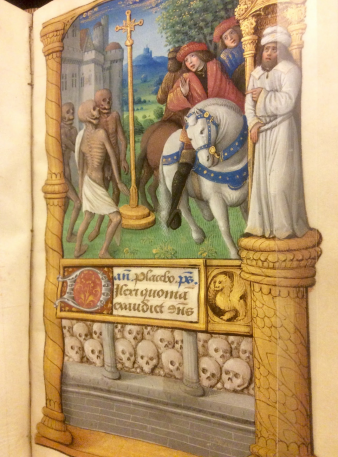 People are a little surprised when I tell them that my favorite “Secret” museum of Philadelphia is a library, but I love libraries.  I always have.  I’m a little embarrassed to admit that during my “rebellious” phase in high school, the one time I skipped school I went to the library. I still love libraries and the central branch of Philadelphia’s Free library system is really, really cool.  Along with the art museum, it’s our go-to spot when we don’t have anything else on.  We can do homework, listen to records, look at the artwork (I love the Wyeth paintings and book week posters in the Children’s room), view the rotating exhibits (each department has something on display) – plus the bathrooms are easily accessible!

But, the best is the Rare Book Department.  It is my favorite “Secret of Philadelphia”.  Anyone who enjoys books, history, art, or famous people will find something to like. You can visit on your own anytime the library is open (the exhibits rotate, but they always have examples from their main collections), or take a tour each day at 11:00.  I highly recommend this FREE tour. Every time we bring friends or family to Philly, this is one of our stops. The tour focuses on the history of books and lets you get up close to  important milestones in history: a cuneiform tablet, an Egyptian Book of the Dead papyrus, a page from a Gutenberg Bible, a medieval illuminated manuscript… 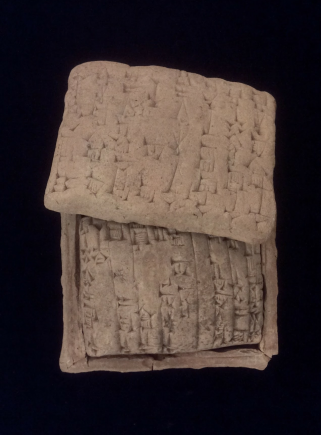 The cuneiform tablets from Ancient Sumer are over 4,000 years old. Although most of these tablets deal with boring administrative stuff, the writing was the world’s first written language. How cool that some of these clay tablets were enclosed in clay envelopes to safeguard the information.  I love it – a clay envelope for your clay letter!

Another favorite is the Medieval illuminated manuscripts (above photo). These prayer books were copied on parchment (sheep, calf or goat skin) and hand illustrated with gold leaf and lapis lazuli. The one above, from the 1400’s illustrates the legend of Three Living and Three Dead. Definitely works of art.

In addition to writing children’s books, Beatrix Potter was also an illustrator and the Free Library has a huge collection of her books and art.  I love her watercolors – especially these collies.

They also have a huge collection of works by Edgar Allen Poe, who lived in Philadelphia for 6 years. For such a crazy guy, he had incredibly neat handwriting. The page below is from his original manuscript from “Murders in the Rue Morgue.” I’m always impressed by his penmanship! 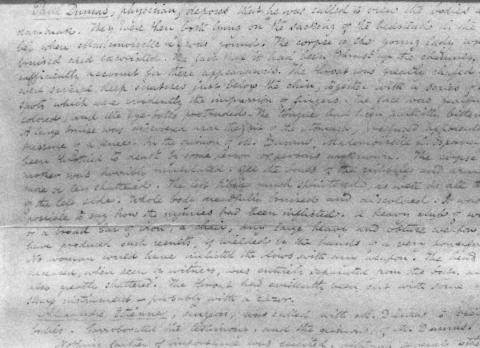 Plus, the have a giant collection of Charles Dickens’s stuff – first additions, letters, his writing desk and even his pet raven (Grip) that is thought to have inspired Poe’s famous poem:

Grip was a beloved pet of Dickens. The author inserted the blabbing raven as a character in his 1841 mystery novel, Barnaby Rudge. We know that Poe reviewed Barnaby Rudge and commented on the use of the talking raven, feeling the bird should have loomed larger in the plot. Literary experts surmise that the talking raven of Barnaby Rudge inspired Poe’s most famous poem, The Raven, published in 1845 (the library has a handwritten copy of the poem, although it is not always on display). (http://www.ushistory.org/oddities/grip)

There are also lots of other exhibits throughout the library.  Each department has rotating displays in cases in and outside the department.  Plus, there is a large gallery in the rare book department and corridor on the main floor.  The Children’s Department has a display of Book Week posters (so cool to follow changes in typeface, illustration and content over the years) and a collection of original art by illustrator NC Wyeth (always one or two on display in the Children’s Department). 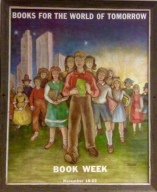 You can easily spend another hour or two exploring these.  The museum has a free highlights tour each day at 10:00 and 2:00.

The library also loans out items from their extensive collections, such as these WPA Philadelphia posters loaned to Carpenters’ Hall in 2020:

The Free Library also hosts a variety of programs, including: author talks, book signings, poetry readings, musical and theater productions, cookbook demonstrations, etc..  Some are free, some are ticketed.  We’ve been to several programs, including this fascinating 2019 talk by novelist Salman Rushdie: 

Field Trip: They also do FREE field trips.  The best part is that they happily customize the class for your group.  We were studying 19th century literature (including Poe and Dickens), so in addition to the regular “History of the Book” stuff, they brought out Poe’s hand-written copy of “The Raven” and letters from Dickens.  Totally cool!!

Tobey says: It was interesting the first time.  It was cool the second time.  But by the fifth time…