I can’t quite figure out how to describe this place, but after seeing photos, we had to check it out.  The building stands in the shadow of City Hall and is one of the most elaborately carved and decorated Masonic Temples in the world.  Built in 1837, the interior is a dramatic example of Victorian design.  The hour-long tour shows off 7 of the over-the-top rooms, each of which is decorated in a different, historically accurate style, along with a variety of Masonic symbols. Each room has a recorded message, supplemented with the guide to answer questions. There is also a museum with masonic artifacts (including a piece of wood from George Washington’s original coffin). But, even though the rooms are spectacular,  you don’t get much of a feeling for the history of the masons (at least 14 US presidents have been masons) and definitely no Dan Brown conspiracy theory vibe. 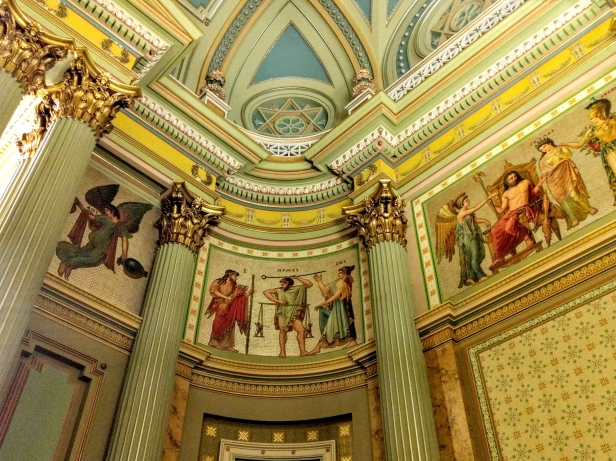 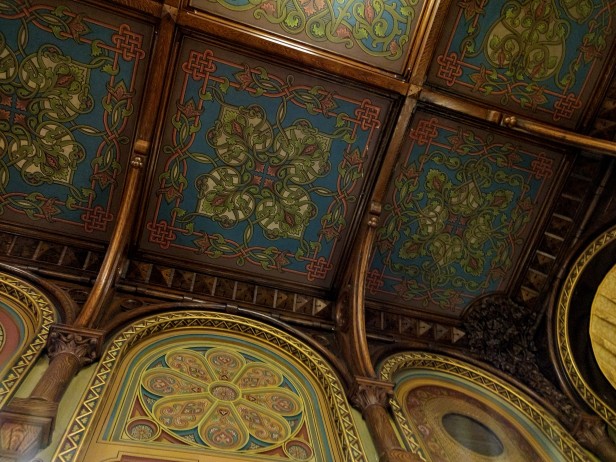 Tobey says: The rooms are really pretty, but the tour is kind of boring.