What do the following hit shows have in common? A Streetcar Named Desire (staring Marlon Brando), Mister Roberts (staring Henry Fonda), Gigi (starring Audrey Hepburn), A Raisin in the Sun (staring Sidney Poitier)… they all had their trial runs at the Walnut Street Theater before opening on Broadway.  How about this who’s who of theater and film stars… Will Rogers, The Marx Brothers, Helen Hayes, Katharine Hepburn, Jessica Tandy, Lauren Bacall, George C. Scott, Jane Fonda, Robert Redford, Jack Lemon, Samuel L. Jackson, and William Shatner? All have appeared on stage at the Walnut Street Theater.

Opened in 1809 to house an equestrian circus, the Walnut Street Theater is not only the oldest theater in America, but claims to be the oldest continuously operating theater in the English speaking world.  After the circus left, its first true theatrical production, “The Rivals,” was performed in 1812, with both Thomas Jefferson and the Marquis de Lafayette in attendance. Some Walnut firsts:

As for John Wilkes Booth, Drew Barrymore & the president’s head? Booth’s brother Edwin purchased the theater in 1863.  A famous acting family, both Edwin

and his famous actor father, Julius Brutus Booth, performed on stage – but not John, although he did perform at other theaters in Philadelphia.  John’s handsome looks made him popular with the women,  but apparently he was not a good enough actor to perform at the Walnut.  Ironically, Edwin owned the theater at the time of his brother’s assassination of President Lincoln.  Must have been a bit awkward… This sign, originally posted on the theater doors, is probably the coolest item in the theater’s collection:

Drew Barrymore traces her family back to the beginnings of theater in America.  The Drew/Barrymore dynasty began in 1876 when her great-grandmother, Georgiana Drew (a well-known Broadway actress, whose actor parents owned the Arch Street Theater in Philadelphia – where John Wilkes did perform) married British Broadway star, Maurice Barrymore.  Their three children (Ethel, Lionel and John) went on to become famous actors, with son John (“the most acclaimed Hamlet of his generation” – see image above) fathering John Drew, Drew’s dad – an alcoholic and second rate actor.  Got that? To put faces with the names, make sure to visit the Barrymore bar, where a wall of photographs highlights members of this acting dynasty with its roots in Philadelphia. 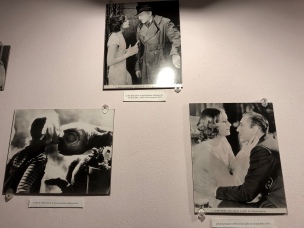 And the president’s head?  Well, that was the 20th century’s least-remembered president, Gerald Ford – the only president never elected to the office of president or vice president.  It was here on the Walnut stage that he and Jimmy Carter had their first presidential debate, most remembered for the 27 minute awkward silence that ensued when the audio went out.  He then bumped his head on the way off stage.  Not a great night.

Unfortunately, with all the history here, renovations have pretty much removed all the period charm from the theater. A few historical remnants remain, such as the original grid, rope, pulley, and sandbag system that has been in use for  200 years. 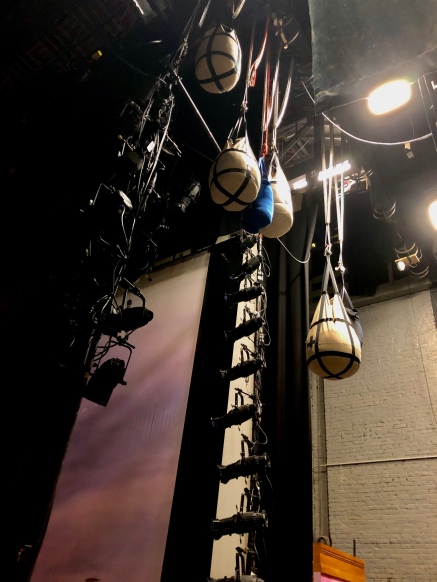 Plus, throughout the theater they have a great collection of playbills, posters, and photographs of actors – highlighting the importance of the Walnut and Philadelphia in the history of American theater.  You can view these by wandering the building before and after shows or by joining a behind-the-scenes tour. These tours are offered several times a year, but they are not advertised on the website.  You’ll need to get on their email list if you want to find out about them.  In addition to learning about the history and visiting the public spaces, the tour also includes spaces off limits to the regular public, including the wings with the pulley system, donor lounge with the Lincoln assassination poster, and stage: 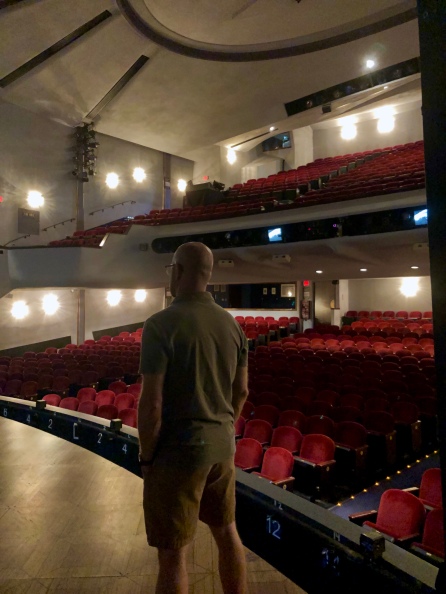 Philly is still a great theater town.  Our favorites include the Arden Theater in Old City, which does a great job with new shows, the classic,s and has terrific children’s shows (they also do special kid’s programs and theater camps): 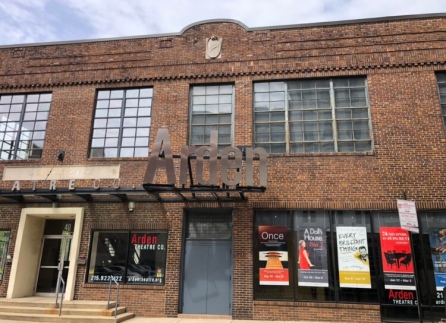 and the Lantern Theater, with its small, dark space, housed in the basement of St. Stephen’s Church.  They do more experimental pieces, as well as at least one Shakespeare production/season: 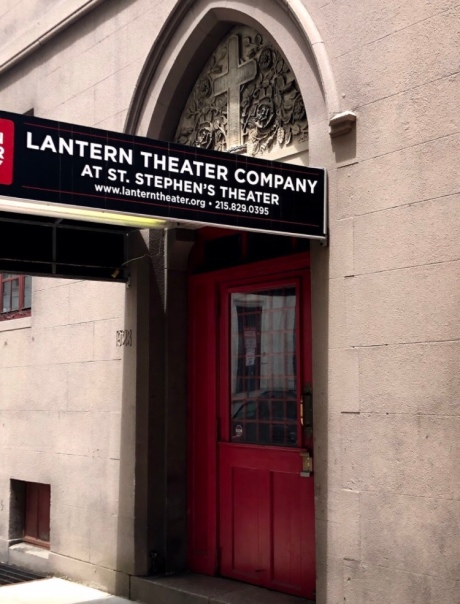