Charles Dickens may not have been impressed during his visit, but Eastern State Penitentiary was cutting edge when it opened in 1821.  The brainchild of Ben Franklin (yes, it’s Philly – there is no escaping Franklin) and his “Philosophical Society for Alleviating the Miseries of Public Prisons,” Eastern State was designed as a true penitentiary – a place for criminals to become penitent and reform (unlike regular prisons of the day, which were holding pens for prisoners guilty of lesser crimes – most crimes were punished with public humiliation or physical punishment/death). The largest prison in the world when it opened, Eastern State was truly cutting edge – each cell (designed to look like a chapel) had its own flush toilet (while Andrew Jackson’s White House still used chamber pots!) and visitors came from all over the world to check out its system of true solitary confinement (which became the model for prisons in Europe, South America and Asia).  As part of the philosophy of penitence, prisoners were kept isolated – not allowed to speak or even look at each other. They wore hoods when traveling in and out of their cells:

The controversial nature of this system and the expense of maintaining it led to the abandonment of solitary confinement by the 1870’s.  By 1940, it had become a maximum security prison for inmates serving life and death-row sentences.  The prison closed in 1971.  Today, visitors have access to most of the crumbling, atmospheric facility, including Al Capone’s cell: 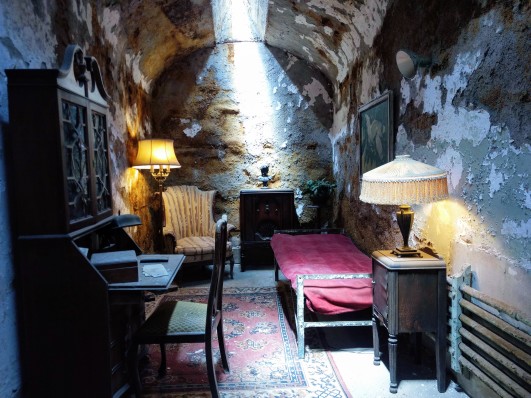 and the restored synagogue: 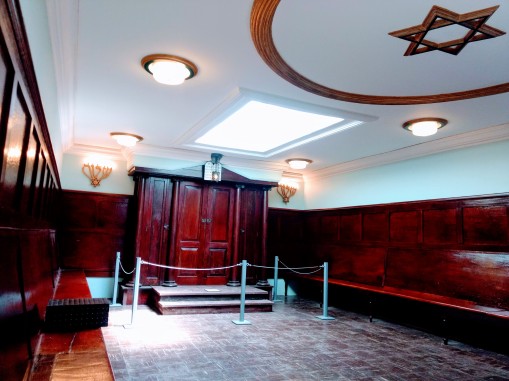 Is it just me? I can’t view this plaque without the lyrics from Les Miserable running through my head…

“And so Javert, you see it’s true

That man bears no more guilt than you

Hanging in the central hub, the plaque lists the inmates that served (and died) during WWI – all listed by inmate number, not name.

Contemporary artworks and exhibits dealing with current prison topics round out the experience. 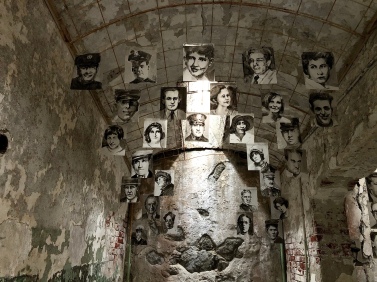 A well-done audio guide (with a basic tour and lots more additional information) is included in the admission price. 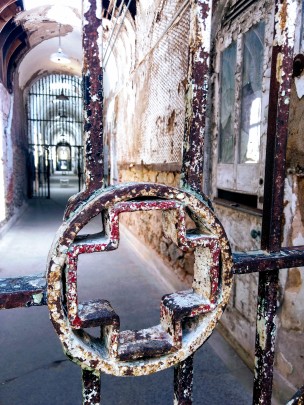 Field Trips: The prison offers very interesting, customize-able field trips.  Our high-school group’s tour focused on how the philosophy of the enlightenment influenced prison reform in the early 1800’s.  It would also be a great place for history and sociology classes.