One of my favorite site in Independence Park (Tobey says “yawn”) is the free Portrait Gallery.  Housed in the former Second Bank of the United States (designed to look like the Parthenon in Athens), it has over 150 portraits of Revolution-era military officers, politicians, scientists, explorers – all the people that show up in history books. 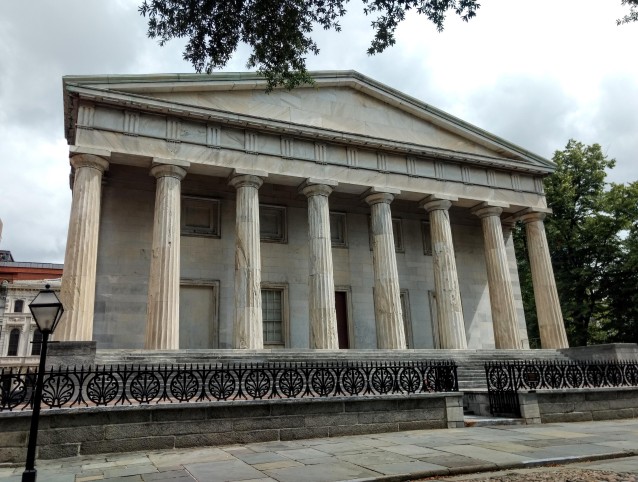 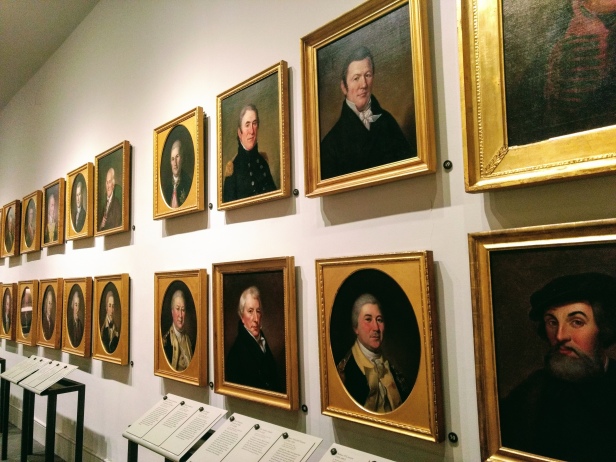 In addition to the portraits, you can also see one of the few surviving specimens from the museum – this Bald Eagle (originally a Peale family pet). 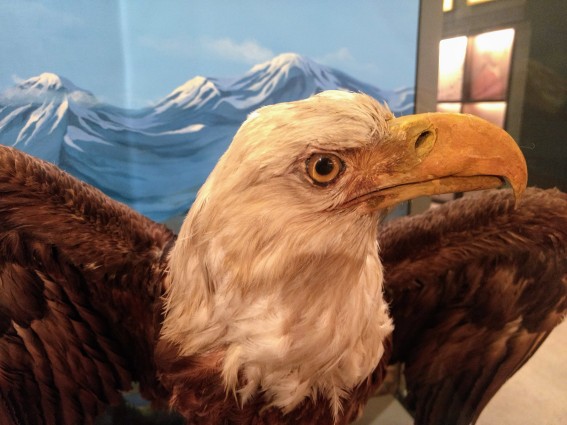 As a follower of the enlightenment philosophers and friend of the founding fathers, Peale believed that educating the American public and increasing their understanding of the natural world would cultivate a more enlightened citizenry and advance America’s prestige around the world.  He was assisted by his family (he had 18 children, all named after famous artists or scientists), including Rembrandt, Rubens, Benjamin Franklin, Titian and Angelica Kauffman. For a time, his museum was housed on the second floor of Independence Hall. 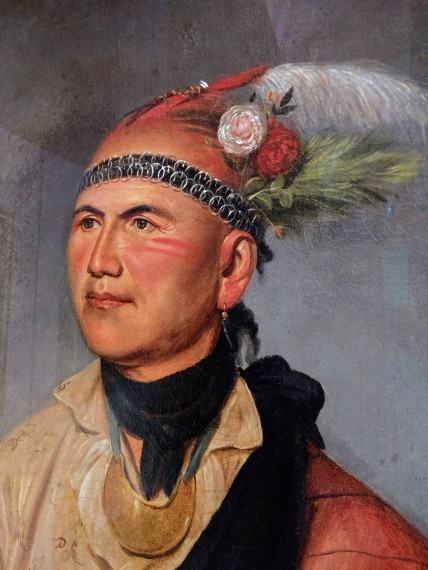 *NOTE: The museum is closed through spring 2023 for renovations

Field Trips: As of 2022, only virtual field trips are offered. Previously, Independence Park offered several great, inexpensive field trip opportunities – classes on Ben Franklin, The Underground Railroad, Symbolism of the Liberty Bell and Archaeology.  Hopefully, these will be back eventually. They are still running their Junior Ranger program. Pick up information at the Visitor Center. In the meantime, the portrait gallery is a great stop for those who are studying American Revolution history and want to put faces to the names they read about.

Teachers: The park used to offer classes for teachers.  Until they return, there are several curriculum guides on the website.

8 thoughts on “Putting Faces to the Revolution: The Portrait Gallery at Independence Park”