To be upfront, you won’t get rich (these aren’t gem quality stones), but it’s fun to do a little collecting while enjoying the beautiful scenery – plus, they make pretty (and cheap) souvenirs. We discovered garnet collecting in the park when Erick was little and very into rock collecting. Now that he’s older, it’s still a fun family outing. The garnets are found in the Wissahickon schist, a local metamorphic rock that is used in construction of houses around the area. You can look for them in and around intact rocks or by the creek, where you can often find small piles among the stones by the water’s edge.

Most of the garnets are tiny, but you can occasionally find larger stones. If you clean them up, they have a pretty dark red color and faceted sides.

But, honestly, they won’t win any beauty awards. The fun is really in the collecting, although some of the schist is so full of mica that it looks like liquid silver, so it’s pretty in its own right- especially if you find a piece with embedded garnets. 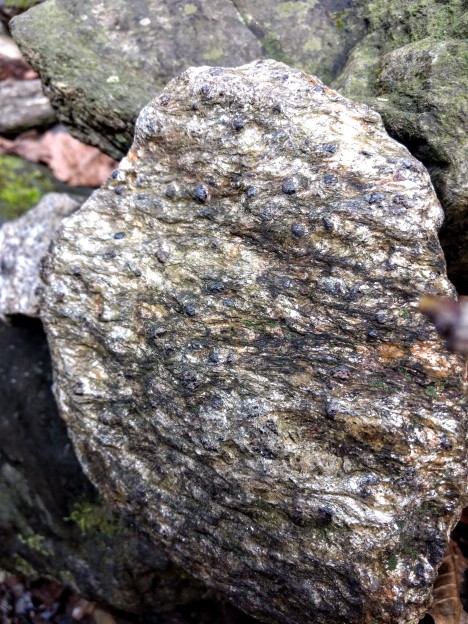 Local houses made with Wissahickon schist: 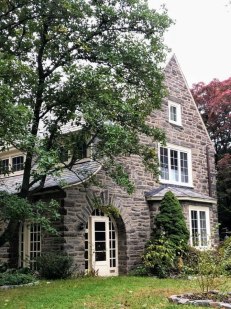 Location: The park runs for many miles and can easily be combined with a visit to Chestnut Hill (Woodmere – Telling the Story of Philadelphia’s Art and Artists, Morris Arboretum Philly Gardens: A Rare Reminder of the Victorian Fern Craze (Morris Arboretum)) or the historic houses of Germantown.

3 thoughts on “Garnet Collecting Along the Wissahickon Creek”