What do the Brooklyn Bridge, San Francisco’s cable cars, telegraphs, airplanes, Otis Elevators, and a giant wire submarine net in the North Sea have in common? They wouldn’t have been possible without the ingenuity of John Roebling.

The story begins back in 1800 when John Roebling and his brother snuck out of Prussia and headed to America in search of a better life. Although originally trained as an engineer, John and his brother ended up on a farm in Western Pennsylvania with the intention of establishing a German technological utopia. After the death of his brother – and realizing that farming was not for him – John returned to engineering, working on canals and railways. It’s here that John’s story really begins. This was during the brief period when canals ruled commerce, and the mountains of western Pennsylvania created a significant challenge. To get the barges up the mountains, the barges were taken from the water, placed on railroad cars, and winched up inclines over the mountains.

The hemp rope used was less than ideal and after a fatal accident, John decided there was a better way. In his backyard, John created rope cable using steel. This proved revolutionary and soon John’s backyard was producing the cable not only for canal inclines, but also to build the suspension bridges he began designing. The first, this double-decker over the Allegheny near Pittsburgh, proved extremely popular, necessitating a move from Roebling’s backyard to a real factory.

The Trenton factory, closed in 1974, is still standing (now the Trenton Mall) and I’ve heard rumors that some of the original machinery is still in place in a back room. Wire from here was used to build the company’ s most famous legacy, the Brooklyn Bridge -although the bridge was also responsible for the death of John (who was injured and died when his foot was crushed by a ferry while designing the bridge) and the ill health of his son Washington, who took over design and construction (he suffered from Caissons disease from his time underground working on the bridge’s foundations). The museum has a great model showing the bridge’s construction. 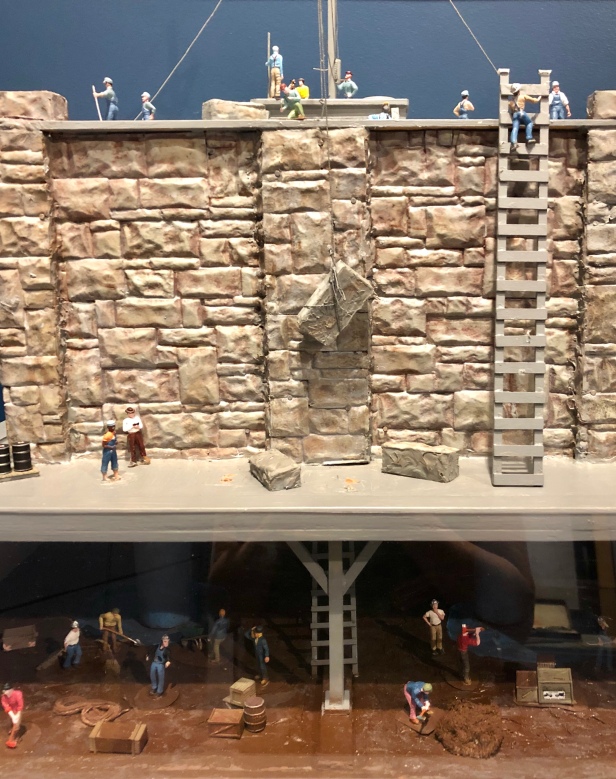 After Washington was bedridden, his wife took over the day to day operations, acting as a liaison between Washington and the construction crew. Emily was the first to cross the bridge when it opened in 1883. After John’s death, his sons took over the company and soon the steel cable was fueling innovations throughout industry – from airplanes (the Wright brothers used it in their airplanes) to elevators. It was then US Steel came calling. After an unsuccessful takeover bid, Vanderbilt try to put the Roeblings out of business by cutting off their supply of steel manufactured in the United States. Importing steel from Europe presented difficulties, which led the company to produce their own steel. This required them to build a new factory. They acquired acres of peach farms along the Delaware river south of Trenton in what is today known as Roebling. In 1905, they opened the Kinkora Steel Works, a steel mill where scrap metal was melted down and converted into the material used to construct the wire rope. During WWI, the company employed over 10,000 workers at its two factories. Today (after years of remediation work to clean up the site), all that’s left of the sprawling manufacturing site is the gatehouse, which houses the museum, and the large open area where trains dumped the scrap steel. 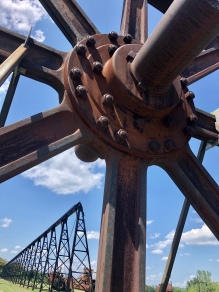 The museum contains exhibits and a movie highlighting the innovations of the company and the history of the family who ran it.

After leaving the museum, it’s worth a drive around town to check out the houses. This was a company town, built by the Roebling Company to house its workers (a handout in the museum details a short walking/driving tour of town).

In addition to a school, shop, tavern, and community center, you can see the row houses built closest to the factory to house the unskilled laborers: 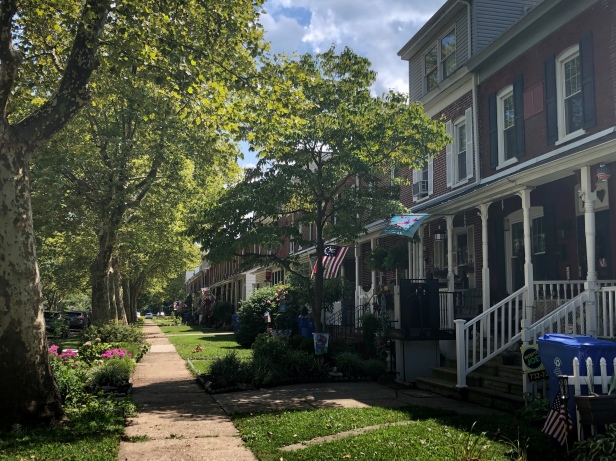 the nicer semi-detached homes of the skilled workers:

and the large, waterfront homes of the bosses: 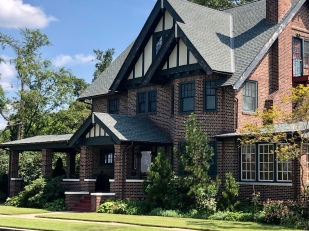 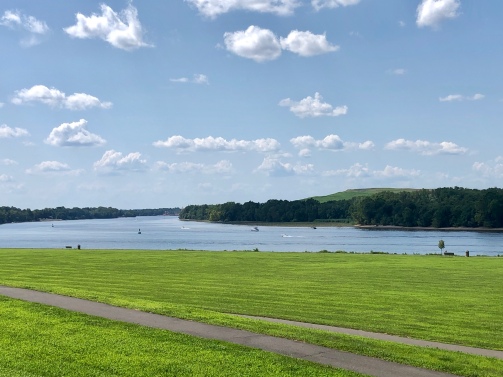 Like most company towns, the company had complete control over the residents, designating who lived where (the town was segregated by nationality-mostly Eastern European immigrants), how the homes were maintained and decorated, etc.. But, unlike many company towns, the workers were paid in cash and not company script. The Roebling family sold the business in 1953, but the factory remained in business until its closure in 1974.

Field trips: the museum runs fun trips focusing on both the history of the company, bridge design, and other science related topics.

Location: along the Delaware, north of Philadelphia. There is a Riverline train stop across from the museum, so public transportation is easy from Camden or Trenton.