Although best known today for the bridge that bears his name, by the time he moved to Camden, Walt Whitman was world famous as the eulogizer of Lincoln, the popularizer of free verse, and as an inspiration for the generation of writers, poets and philosophers who came after him.  Despite his fame, he had little money, and after suffering a stroke he moved to Camden – where he spent 11 years living with his brother.  Visiting Whitman became a literary pilgrimage, with folks such as Bram Stoker (who based the manliness of Dracula on Whitman), Thomas Eakins (I love this painting by Eakins, which makes Whitman look like a jolly Santa Clause),

and Oscar Wilde traveling to Camden to meet the “Leaves of Grass” author. It may have been more than just a meet and greet with Wilde if you believe http://the-toast.net/2013/09/17/oscar-wilde-and-walt-whitman-did-it/

Alas, the house on Mickle Street is not the house in which he met Wilde (that visit happened while he lived at his brother’s home, which is no longer standing).  Whitman purchased this house, the first and only property that he ever owned, in 1884 after his brother moved out of Camden. This was Whitman’s final home. 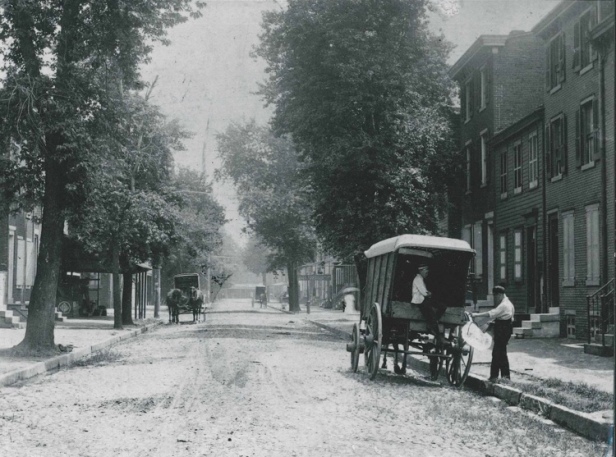 It was here that he wrote his final (“deathbed”) edition of “Leaves of Grass,” entertained fans, and died.  His heirs sold the home to the city of Camden in 1921, along with most of the home’s contents, including his copper bath pan and the bed in which Whitman died:

Museum staff used contemporary photographs to recreate the home as it was in Whitman’s time:

Today, the house is owned by New Jersey’s Parks Department and visits are by guided tour only. Wednesday-Sunday.  Tours are free, but because it is a state-owned site, photographs of the interior are not permitted. The photos here came from the Park’s and Library of Congress websites.  Photos are allowed in the back garden and of the resident cat:

Just down the road is Harleigh Cemetery, Whitman’s final resting spot.  After a viewing in the parlor of the house (over 1,000 people visited in 3 hours), Whitman was buried in the mausoleum that he designed (at $4,000!).  The cemetery is free to visit and is open daily from dawn-dusk. 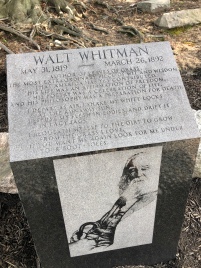 If you want to continue your Camden experience, head to Donkey’s Place for the cheese-steaks Anthony Bourdain raved about… “The best cheese steak in the area might well come from New Jersey.”  Donkey’s is not in a great part of town, but visiting is a definite experience (and the cheese-steaks are good, with really yummy caramelized onions).

True fans can continue the pilgrimage by driving 14 miles to Laurel Springs, a lakefront community where Whitman found solitude and communed with nature (naked mud baths). Today, you can visit the farmhouse where Whitman stayed, and visit the spring where he bathed (but don’t try to recreate Walt’s bathing regime). A short (1/4 mi) nature trail goes along the creek and is inscribed with several quotes from his writings. 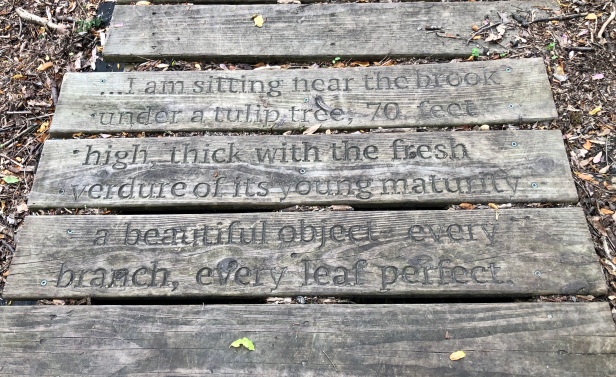 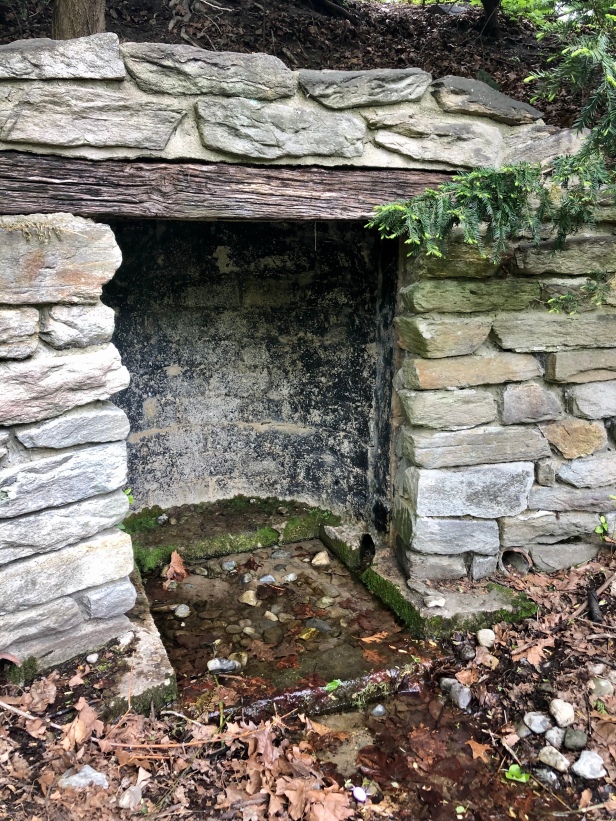 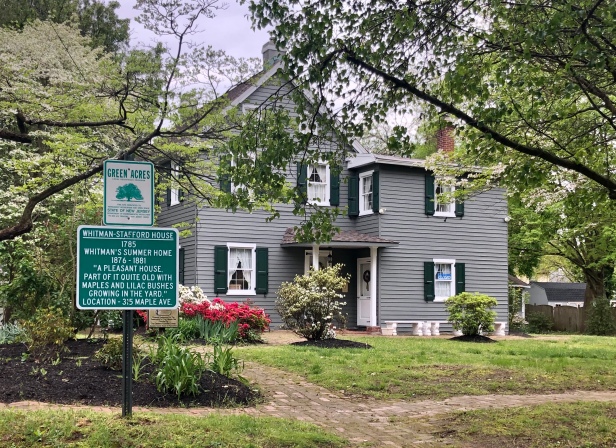 Field Trips: Free field trips are offered at the house in Camden.  Visits include a movie about Whitman followed by a ranger led tour of the house.  Lesson plans are available on the park’s website.  It’s a great trip when learning about Whitman’s poetry, as well as the Civil War.