Tobey’s favorite place to bring friends is the viewing deck at the top of Philly’s City Hall. For $8/adult and $4/student, a maximum of 5 people squeeze into a tiny elevator and head up to the platform just under William Penn’s feet. Enclosed by glass, but open to the elements, you get a great view of Center City Philadelphia and over the river into New Jersey.

*With almost 700 rooms, it is the biggest municipal building in the United States.

*Made of over 88 million bricks, marble and granite, it is the largest masonry structure in the world.

*Alexander Milne Calder created over 250 sculptures that decorate the building (including the sculpture of William Penn).

*In the 1950’s the building was considered so ugly that plans were made to tear it down.

*(X-rated) Tip: viewed from the left (north) side, William Penn’s extended hand looks like an entirely different part of his anatomy – giving the statue the nickname “Willy’s Willy.”X-Rated William Penn???

If you are in the mood for more art, check out room 116 on the ground floor which is devoted to temporary installations put on by the city’s Office of Art’s and Culture.  Always free, it’s worth popping in so see what’s on display. 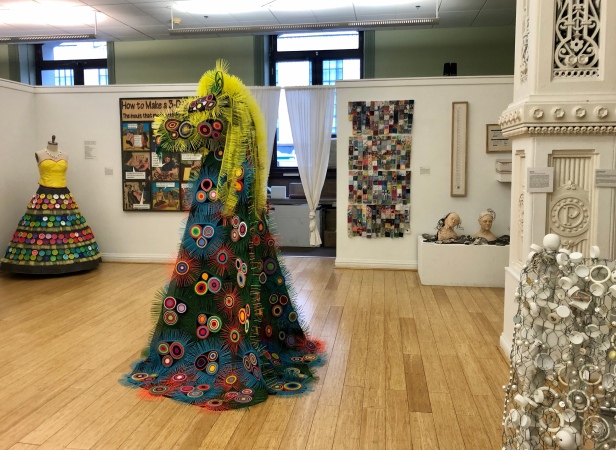 Tip: There are free bathrooms on the ground floor (men’s and women’s located in separate wings) – very convenient fir exploring this part of the city.

NOTE: The tower is open for tours Monday-Friday and select Saturdays.  No Sundays. 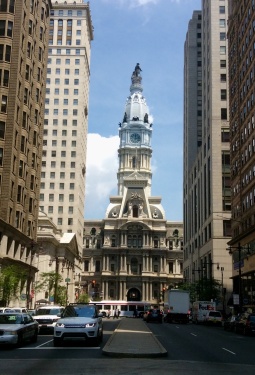