Philadelphia has developed into quite a foodie destination.  Although we love to try new places, Tobey and I are definitely not “fine diners” – our criteria are less about service and ambience and more along the lines of:

There are many, many restaurants that fit this criteria (which is why we can’t keep up with our “to try” list), but some of our favorites are owned by Philadelphia’s Cook ‘n Solo team.  We’ve written about some of these individually, but there’s lot’s more to say…

Goldie: This is Tobey’s favorite.  Delicious, bright green falafel (either on a pita or Tobey’s favorite salad), fries, and vegan tehini-based milkshakes (way better then it sounds). Our go-to spot pre- or post-yoga at the Phialdelphia Museum of Art. Philly Restaurant Review: Goldie (Falafel) 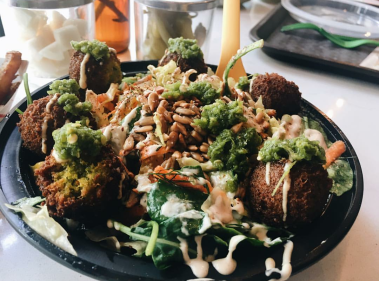 Dizengoff: In addition to the designer hummus (Philly Restaurant Review: Dizengoff (Designer Hummus)), you can also get a take-out meal of a roast chicken, salad, pita, and hummus ($39.99/feeds 4).  The meal must be ordered in advance, and makes a great picnic.  We’ve yet to try the shakshuka, but it’s on the “to try” list.

Merkaz: the newest of their fast casual restaurants, their specialty is pita sandwiches and Israeli sodas (although they also serve their oh so yummy hummus). Pictured are the chicken schnitzel and sabich (fried eggplant with salads and a hard boiled egg). Both were yummy and super flavorful – just like you’d expect from the chefs. It’s not nearly as busy as Diz or Goldie. Seating is limited, but we had no problem getting a table for 6. 1218 Sansom.

K’far Cafe: Like their other restaurants (except Federal Donuts), K’far is Israeli- this time an all day cafe featuring coffee and pastries, toasts, bagel sandwiches and salads, and heartier dinner-time options. Like the places, the menu is limited, but the food is super fresh and very flavorful. Two thumbs up for everything we tried: the Yemeni latte (flavored with cinnamon and cardamom), the borekas (flaky puff pastry with fillings-we had both the sweet (cream cheese & quince jam) and savory (curried potato)), the Jerusalem bagel grilled cheese, the Arabic salad, and a chocolate babka for dessert (super moist and chocolatey). Yes, we left stuffed-but everything sounded so yummy… Vegan/vegetarian friendly. Counter service (except at the bar, table service at dinner) with communal seating. Some outdoor seating. 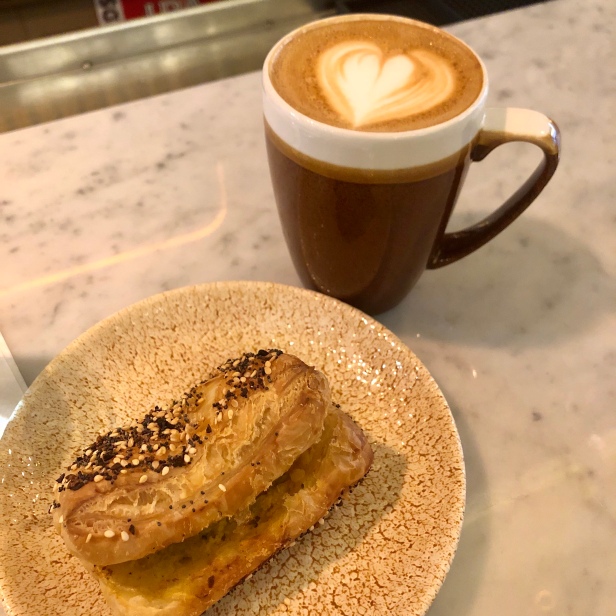 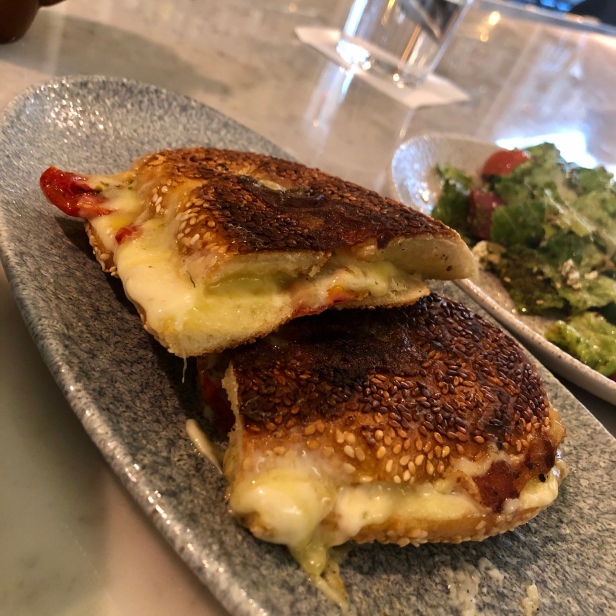 The pandemic delayed our splurge at Laser Wolf by almost a year and a half, but we finally made it (with a 9:00 sit down time -reservations are tough to get, especially now that Conde Nast Traveler recently named it one of the “best new restaurants in the world.” We love all of Philly’s Cook’n Solo restaurants, and their Israeli kebab house didn’t disappoint. Order a protein (we got the mixed grill (for tables of 4+). The portions were generous), and all you can eat of the 10 different, seasonal salatim (vegan), hummus, and pita come with it. So yummy, with the interesting, unique flavors they made famous with their fancier Zahav (you can also order these as a stand alone meal). We couldn’t settle on a favorite from the grill, but highlights were definitely the beets (!), sirloin, and lamb chops. A small dessert of brown sugar soft-serve with cherries and pistachios was included. Erick said it was one of the best ice creams he’s ever had. Note: the restaurant is in an old warehouse. Dress is casual, but be prepared for noise. Dinner only. Philly Restaurant Review: Laser Wolf 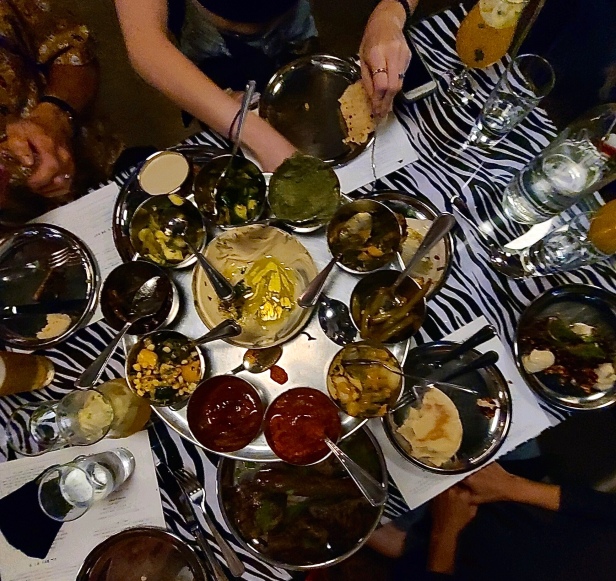 …and the flagship Zahav: Modern Israeli cuisine. This is the one that makes the “best of” lists and is definitely not in the inexpensive category (our visit came courtesy of a generous grandma).  This was before our blogging days, so no photos, but we still remember how tasty everything was and will return one day for a splurge meal.  You definitely want to get lots of small plates and share everything around the table. Most memorable moment? Tobey (who was about 4 at the time) loved the pickled pumpkin and insisted on eating the whole dish by herself. Dinner only.

Cookbooks: The team has published 2 cookbooks.  The first, “Zahav,” is beautiful and fun to read, but the recipes are a little too complicated and time consuming for my cooking style. However, the second, “Israeli Soul,” has become a favorite.  Besides being an interesting read (there is also a Netflix documentary filmed in Israel while researching the book – “In Search of Israeli Cuisine”), it is full of recipes that are unique and outside of my typical Mexican/Indian/Italian range of flavors. There are some complicated recipes (like the Goldie’s falafel and milkshakes) that I know I’ll never make, I’ve already made about a dozen of the salads and hummus toppings – all of which were delicious and I will definitely make again. I’m really looking forward to the summer when I can try the fresh veggie options. 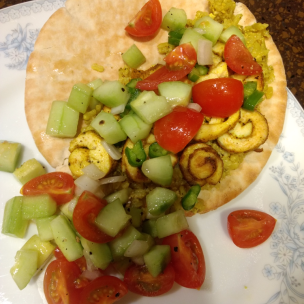 Note: The team also owns Abe Fisher, which serves food of the Israeli diaspora (think gafilti fish, pickled beets – an updated version of the kind of food my Jewish grandmother made).  Also open only for dinner, this one is on the pricey side.

Tobey says: Some of my favorite restaurants in the city – especially Goldie’s